The Museum Of Childhood 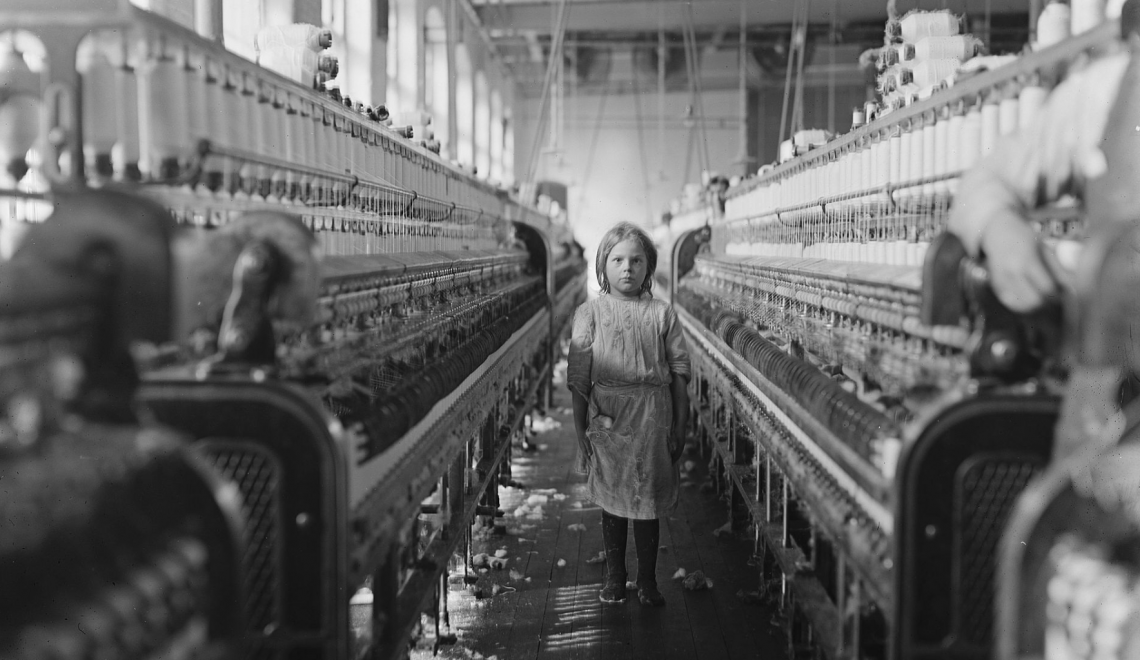 What do you get when there are children by the exploding room full? Treasure; the chocolate wheel on overdrive started it.  All chocolate having been munched in to oblivion hours before, that left only the wheel, or more accurately wheels, which could well have melted by that point, leaving nothing but a sad trail of gooey, chocolate like sauce all over Britain’s motorways.  We’d driven across country for no apparent reason other than to pick up a load of foam boxes (Yes, people do that.  We did that.).  Well, at least that was our excuse for driving hours just to see The National Trust’s Museum Of Childhood, housed in a side wing of stately Sudbury Hall.  The Hall is about an hour’s drive north of Birmingham and for people like us who live a hair’s breath south of the Cumbrian border, that’s a long way, but when inspiration strikes…

Inevitably, our driving ambitions took their toll.  To get to the museum we first had to endure the obstacle trail of British roadworks.  We were already half way through our journey when we discovered that the museum shut 45 minutes BEFORE 5pm!  Hours of gridlocked traffic and gritted teeth later, the delirious moment finally came when we skidded right up to the front door at exactly 4.14pm.  Can you imagine our horror when we bounded towards that majestic entryway JUST in time to make the last sitting only to discover it locked?

Ahh, but this is where our hapless tale turns a corner…

“We’ve driven for hours!” I pleaded.

“Come on then!” National Trust volunteer Paul Dyer bounded off down the marble corridor, leaving our mouths wide open, and the entire set of tonsils of three incredulous door guardians exposed.  We hardly had time to keep up. Suddenly we were no longer a pair of grown adults begging to be let in, but VIP members of Paul’s personal tour of the facilities.  Please don’t try this on a regular basis lest you wear the generosity thin, but needless to say we were grateful.

It’s All About Concept…

“Childhood’s an invention after all.” The tour came complete with Paul’s erudite commentary and included pit-stops to pick up and play the exhibits – or risk memory tests.  Adventurous visitors can endure the wrath of a Victorian ma’am (aka bad ass National Trust volunteer) if they dare.  Who remembers how to write out the entire alphabet in long hand cursive – with chalk? We shall see….we shall indeed tut, tut. And the tests do get harder. Read on…. 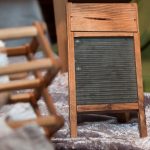 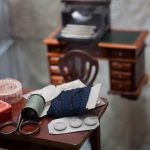 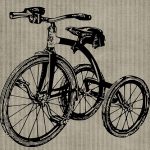 The museum starts in what could be an almost gothic, pre-child history.  Wandering through reassembled workhouses, Paul reminded us that childhood as we know it didn’t really exist until a couple of hundred years ago.  For a long time it was treated almost like a disease without a name, or more accurately an age without a concept.  Children were originally thought of as young people likely to be more in need of discipline than idle play.  Zealous adults tasked themselves with keeping children quiet, which perhaps helps to explain why the Georgians thought it was fine to send them off to work from dawn till nightfall in factories, or push them up black, bleak chimneys full of soot so thick it could smother a growing pair of lungs for life.

“Feeling brave?”  We weren’t, but if you so desire you too can venture down an exhibit of an old mine shaft and experience the dreary, dark world beneath these stinking city streets first hand.

Paul stood us before a time-line painted along the length of the adjoining corridor and talked us through the changes that finally emerged from the results of widespread industrialisation, including the printing press and the growing number of educated middle class.  The discussion put in to perspective the role that the legendary Victorian romanticism would play in the changes to come.  Victorians, Paul told us, were the first to slowly, slowly turn the tide of child exploitation.  Bearing in mind that most of the people making the laws were also factory owners that change was slow and laborious, admittedly…and as for the long, long, long list of kids chores.  Are they even outlawed yet?

But it’s not all horror trail at the museum.  Turn the corner and you’ll find toys on the walls, on the floor, even the ceiling.  People have been lovingly donating their childhood toy collections to the National Trust for years and as a result the museum now has whole warehouses full of them.

Do you remember pick up sticks?

So why, where, when and how often do you hop about?   (My seven year old self knew the answers by heart.  I couldn’t quite remember them myself, which is probably a sad confession). 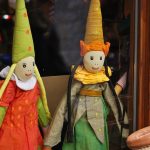 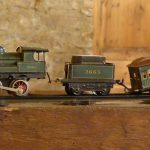 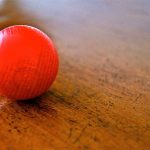 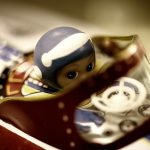 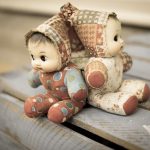 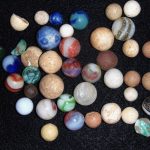 The museum winds through room after room of play options.  There’s an outdoor adventure gallery where you can play jacks and marbles in a mock up Victorian street.  You can see life turned on its head in bedrooms where memorabilia from bygone eras, even the beds and the bed linen line the ceilings.  Walk through outer space and trek a magical forest in the Imagination Gallery where budding storytellers can dress up and perform their own stories as they will – or play with puppets to relive nearby classics like The Water Babies.

Paul Dyer is at Sudbury Hall a few days each week to show people around and help catalogue the 20,000 or so items in the Museum’s collection that will never fit inside all at once.   Where to start and when to stop?  We could have talked for hours of the curiosities on show, the special collections and wilful testaments to delight and discovery that line the walls.  Yet, with the lights perched towards shut-eye and all the locks finally snapping shut, we shook Paul’s enthusiastic hands and bid goodbye to a magical hour amidst the treasure chests and spinning tops of Sudbury Hall.

Please note that for copyright reasons the images featured in this post come from public domain libraries, pixabay in this instance, rather than the Museum of Childhood’s collection (only because I haven’t asked them yet – to be continued…).

It’s worth the drive to see the real thing, just get there well before 4.15pm! 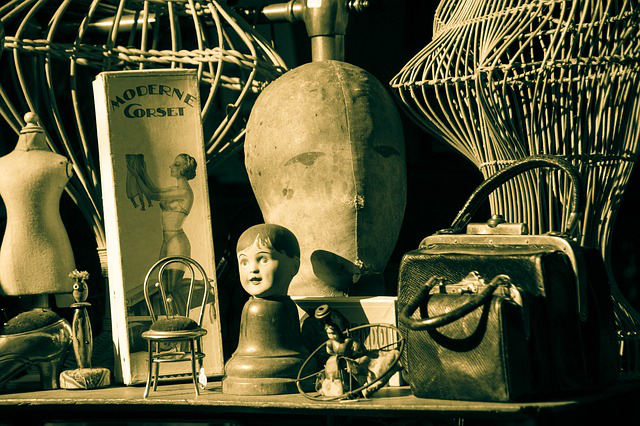 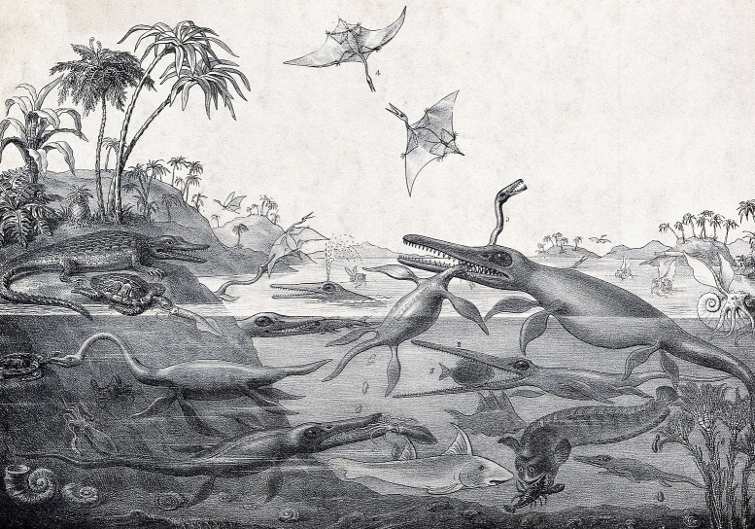 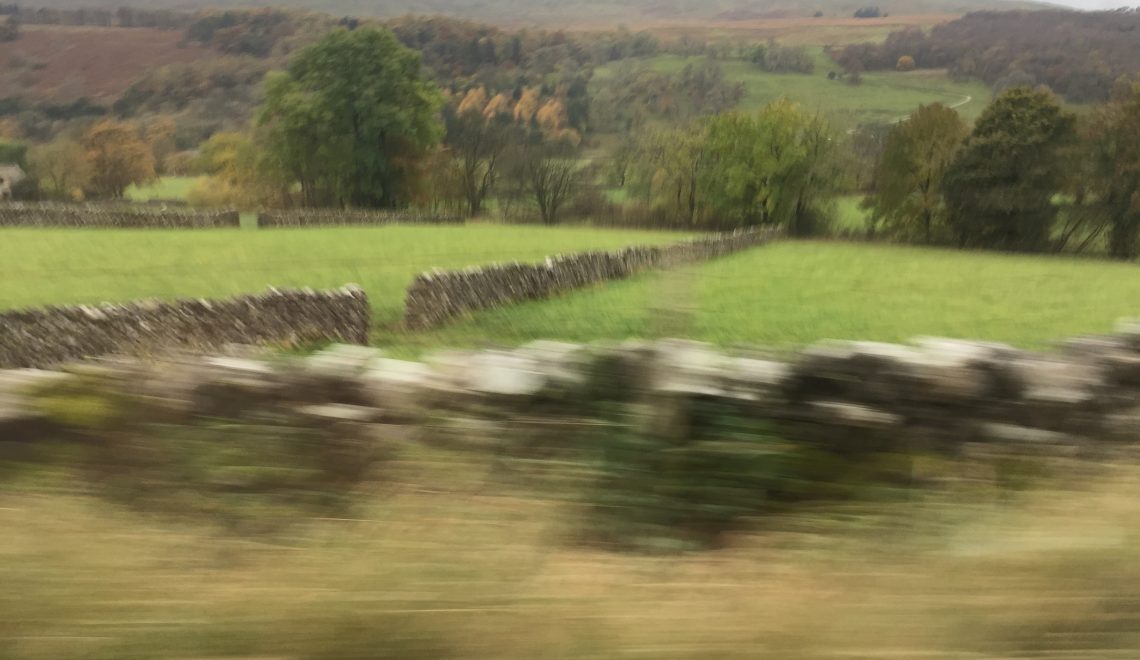